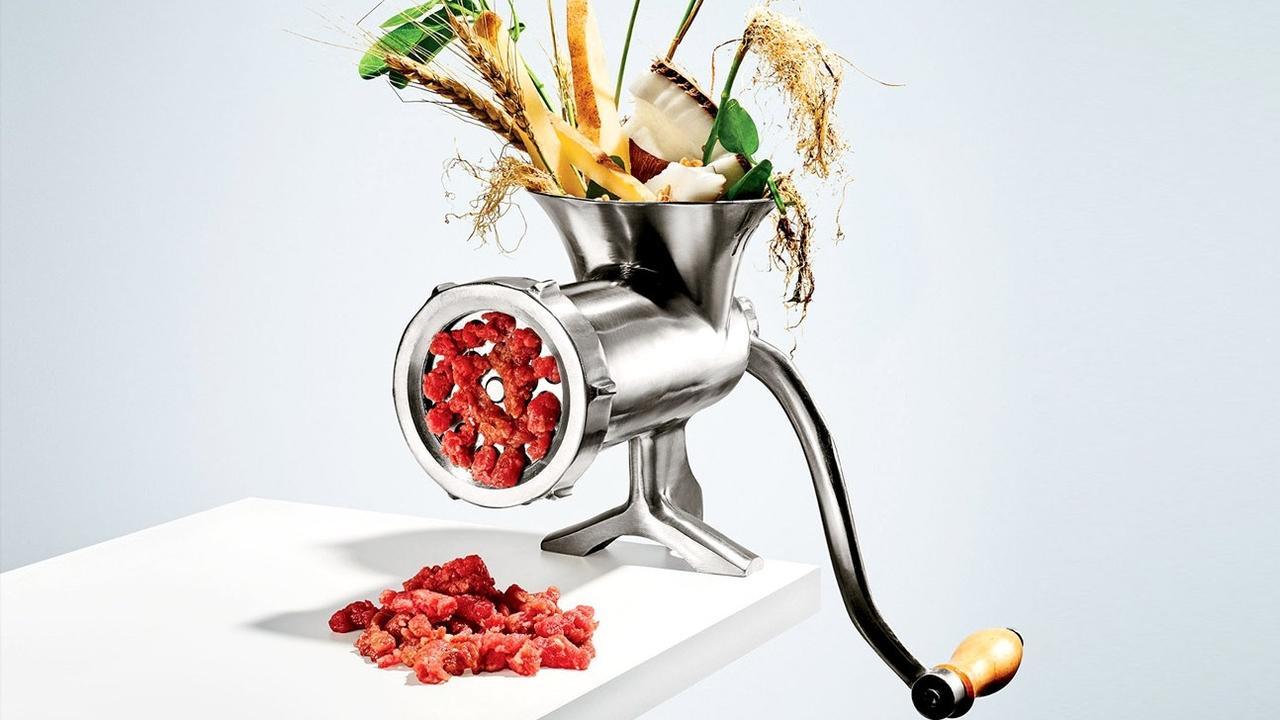 Meat consumption is reaching new heights around the world. With the demand for animal products rising from 60 billion animals in 2016 to 100 billion animals by 2050, the environmental and health impacts of eating meat will only increase. Livestock agriculture already uses about 30% of all fresh water resources and contributes to at least 14.5% of all greenhouse gas emissions (global transportation contributes to 12% of all emissions). On top of that, the large amounts of antibiotics given to animals in conventional livestock agriculture has led to an increase in antimicrobial resistant bacteria, a major public health concern.

While meat consumption in the US has reached a new high of 222.2 pounds (or 100.8 kg) of meat or poultry per person annually, there has also been an increase in eating meat alternatives. While we have focused on cellular agriculture as an alternative way to get the same animal products, plant-based meat alternatives look to plants and their components to create products that mimic the taste of meat. In the past, many of these veggie burger attempts have not been successful in attracting the conventional meat consumer. They just don’t have the same taste or texture as conventional meat.

Enter Beyond Meat and Impossible Foods.

These companies have created unique plant-based meat products that supposedly tastes and have the same texture as conventional meat. The rest of the article will provide an overview of these two companies as well as how they each uniquely made their plant-based meats.

When Pat Brown realized how devastating and unsustainable the current livestock agriculture system is in producing meat, he left his position as a professor at Stanford University and founded Impossible Foods in 2011. Brown and his team began to study the properties of meat: the texture, the aroma, and the flavour. Essentially, everything that made meat ‘meat’. After which they began creating Impossible Food’s main attraction: the Impossible Burger.

The Impossible Burger is a plant-based meat burger that is like meat in every way. Even how it bleeds. The key protein that contributes to the bloody flavour and aroma of meat is heme, and, according to Pat Brown, “you can’t make meat without heme”. Impossible Foods identified a protein found in the roots of soybean plants that has the same properties as heme called soy leghemoglobin. Similar to how Perfect Day Foods and Clara Foods use yeast to grow proteins for their cellular agriculture products, Impossible Foods began to use yeast to grow the soy leghemoglobin protein. Not only is yeast more efficient, it is more environmentally friendly than regularly digging up soybean roots to extract the protein. Besides their ‘secret ingredient’ of plant-based heme, the Impossible Burger also uses wheat and potato proteins as well as coconut oil to mimic the taste of meat.

Originally in the energy sector, Ethan Brown (no relation to Pat Brown, in case you were wondering) founded Beyond Meat in 2009. He learned about the large role that animal products contribute to climate change. To get started, Brown licensed technology from researchers at the University of Missouri that alters plant proteins to the take on the muscular shape of meat. This means that Brown could take pea protein and, through a process of pressure, heating, and cooling, change the shape and texture of pea protein into meat-like fibres. This process, along with research into the molecular composition of meat, has helped Beyond Meat produce several plant-based meat products, including chicken-free strips and the Beyond Burger. When Bill Gates (an investor in both Beyond Meat and Impossible Foods) tried Beyond Meat’s chicken-free strips, he commented that he could not tell the difference between the actual chicken strip and the chicken-free strip.

Beyond Meat’s products can be found throughout the United States in over 19,000 retail stores and restaurants. The Beyond Burger is even found in the meat aisle in over 5,000 grocery stores. Recently, the Beyond Burger became the fastest test-to-table offering in restaurant chain TGI Friday’s history. Beyond Meat estimates that 70% of their Beyond Burger consumers are not vegans or vegetarians.

Through innovation and ingenuity, both Beyond Meat and Impossible Foods have created a product that cooks like meat, smells like meat, and tastes like meat. Their experiences show that no single molecule or aroma makes up the unique flavour of meat. It is a combination of different flavours and aromas that Impossible Foods and Beyond Meat will continue to work on developing. In a typical Silicon Valley manner, the two companies are continuously improving and releasing the latest versions of their products in the market. Impossible Foods also plans to launch in Asia this year.

In the end, both cell ag and plant-based meats are working towards the same goal: a healthy and sustainable source of animal products.